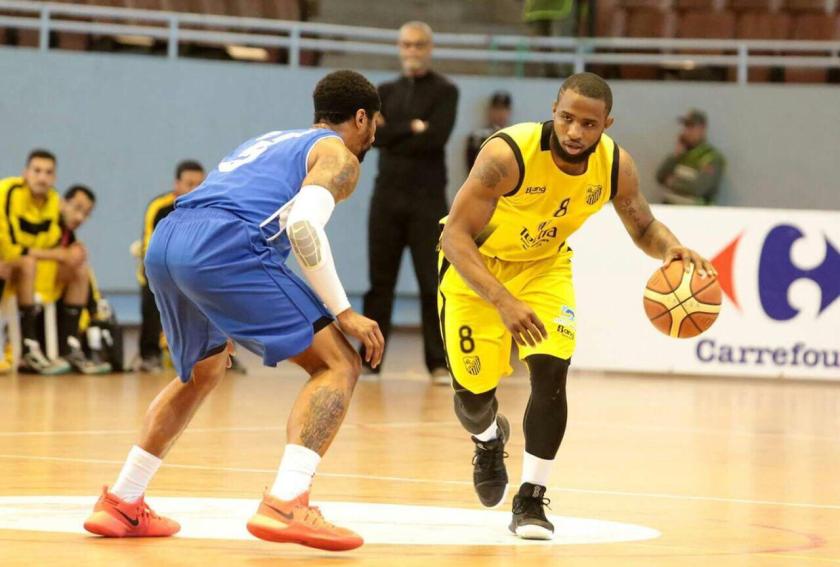 BELTON, Texas- The sport of basketball has been Jeremie Hart’s ticket to a journey around the world.

The current volunteer assistant for the UMHB men’s basketball team played his high school basketball in Dallas, and his college basketball in Waco, Abilene, and Topeka, Kansas. Do not even get started on his time in the professional ranks.

Hart spent two years playing for Frayles De Guasave in CIBACOPA, the top league in Mexico, and played on four continents in North America, South American, Africa and Asia. He also served as an assistant coach two seasons ago with the London Lightning, a team in the National Basketball League of Canada.

“Looking back on my pro career, I’m very ok with the things I was able to accomplish,” Hart said, “because I know where I came from, I know what I had to accomplish to make my dream a reality. I was able to travel the world and play basketball on four or five different continents, which was a great experience in itself, just being able to see different cultures and different kinds of lifestyles.”

Hart did note that there are some slight changes in the style of basketball in different countries, something he was forced to adjust to upon arrival.

“The games that I played in Latin American were a lot more physical,” Hart remembers. “There wasn’t a lot of fouls being called. Other places I played were really finesse. You had to be able to shoot the ball and there were a lot of skill players. [The style] changed everywhere I went, but at the end of the day, basketball is basketball.”

Hart certainly showed that. As a Dallas native playing in Mexico, the 6’2 guard averaged 11.3 points, 3.7 rebounds and 2.9 assists per game in his first year out of college in 2013-14. He vividly remembers his first game in the league, as it was against a cross-town rival, and the crowd showed up for the contest.

“In my first game in Mexico, I played in a rivalry game,” Hart said. “It was the first game of the season. It was two cities right next to each other and they were big rivals. It was standing room only. I don’t know how many people were in there, but I have a few pictures from it and you can tell there was nowhere to sit down. The fans were going crazy, screaming, yelling, all kinds of stuff. We happened to win, and it was at their place too.

“From that moment on, I was like, ‘If pro basketball is like this, this is what I signed up for.'”

After 10 years, he was forced to make the tough decision to end his playing career, though he did not step away from the game. Instead, it was the pathway to a coaching career that has been just as extensive. While some players find it especially challenging to transition into a coaching role, Hart never did.

“For me, the transition has been fairly easy, just because I was a point guard and I wasn’t a quiet point guard,” Hart said. “I was a point guard that talked a lot on the court to my teammates, I demanded a lot from my teammates as I did myself. Doing that as a player helped me transition into coaching, so it’s been a lot smoother for me than it is for most people, and I knew that this is what God wanted me to do, this is what I was destined to do, play basketball for a living then give back and help mentor young men and help them throughout their journey.”

Two of those aspiring players Hart has taken under his wing have been UMHB’s Josiah Johnson and Ty Prince, dynamic players who helped lead the Cru to an undefeated 13-0 record in ASC play this past season.

“He’s a great mentor for everybody on the team,” Johnson said of Hart. “[He] always has our best interest, and really is a man of God that enjoys giving out wisdom. He’s helped me a lot with basketball of course, but outside of basketball he’s been just as great.”

Hart said that he tries to be “real” with the players he coaches, noting that basketball is filled with its ups and downs and it is how a player responds to those challenges that determines a player’s success.

“I always told myself, once I decided to coach, that I would be the type of coach to always keep it real with the players I coach because throughout my career, I always wanted a coach that was real with me, honest with me.

“I’m also a coach that doesn’t mind sharing my trials, my tribulations, my ups and downs throughout my journey, because I know I went through them for a reason.”

As much basketball as Hart has played and for as many teams as the Dallas native has suited up for, two coaches stick in his mind as men he has tried to emulate during his new journey in coaching.

“There were two of them,” Hart said when asked if there were any coaches throughout his playing career that impacted him in a profound way. “My junior college coach, Kevin Gill, who is at McLennan Junior College, has been there for 19 years. Then my other coach from McMurry, Matt Garnett, who coached me in his first year as a head coach. And coach Ron Holmes was the AD. He had coached there for 30 years [at McMurry] when I got there. He then retired and became the AD. Those three men were very influential in my life.”

Looking back on his first season in Belton as his coaching career has now gotten started, Hart sees a special kind of camaraderie and connection forming within this program head coach Clif Carroll has cultivated.

“It was great for me, I was able to learn a lot under Coach Carroll and learn a lot from Coach Orr,” Hart said of this past season. “I came from a professional background, [as] I coached for a professional team up in Canada the year before. I was coaching guys of my age, guys who were getting paid, so it was a little different [to coach at the college level]. But it was great, there was always a fun atmosphere, the guys loved each other, the coaches love each other, and we love God. There was such a great vibe around our team.”