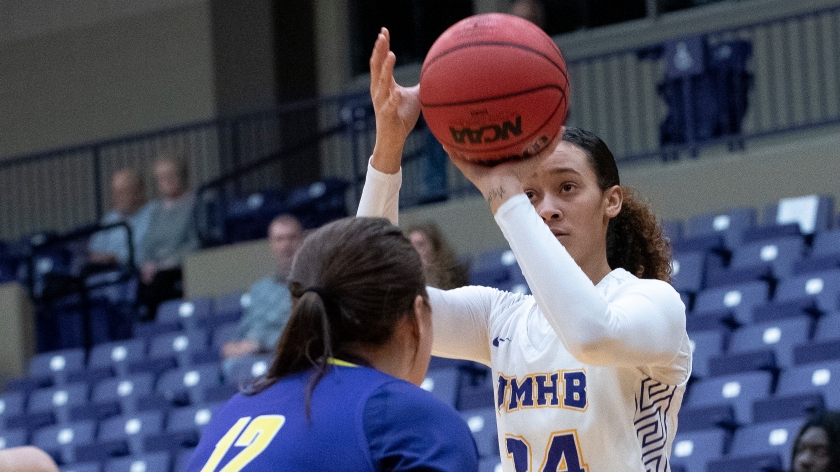 Hannah Eggleston led the Cru in scoring for the second straight game, as the sophomore forward scored 15 points in addition to seven rebounds. She also shot an impressive 3-of-3 from the free-throw line and converted 6-of-10 shots from the field. Eggleston was not the only Crusader who stood out against the Warhawks, however, as eight different players scored more that four points. Center Allaira Jones was the only other player who scored in double figures for the Cru, as she started her fourth straight contest, tallying 10 points. The junior from Gatesville, Texas, was also active on the boards, leading the team in rebounds with nine.

Post play was UMHB’s key to the victory, as Eggleston and Jones were aided by Taylor Kollmorgen, who had a team-best three offensive rebounds while scoring eight points. Her sister, Kaitlyn Kollmorgen, also chipped in, going 2-of-2 from the field with five rebounds. In fact, 56 of UMHB’s points came in the paint, a telling statistic in what proved to be the Cru’s largest conference victory of the season.

McMurry scored first, as the Warhawks’ Destiny Matthews picked up a steal off a Madison McCoy turnover, and got it to Aubrey Guerra, who laid the ball in just 27 seconds into the game. The next couple of minutes saw the lead seesaw back and forth, with Jones hitting a jumper for the Cru’s first points of the game. McMurry led 6-4 with 7:03 left in the first quarter, but it was the last time the Warhawks held the lead, as Eggleston buried a jumper less than a minute later, igniting an 11-2 scoring run.

Head coach Mark Morefield’s visiting squad from Belton led 29-21 at halftime, but opened it up in a big way to seal the victory, going on a 15-7 run to begin the quarter, holding the Warhawks scoreless for three straight minutes, from the 7:28 to the 4:28 mark. The Crusaders would outscore their opponents 26-15 in the third, and hold on for the dominant win in the fourth.

The victory was a key confidence booster, especially as UMHB returns to Belton for games against familiar opponents McMurry and Hardin-Simmons this week. The victory also had ASC standings implications, as the Cru now sit atop the West Division with a 3-2 conference record. Standings are determined by winning percentage this season, and considering Hardin-Simmons’ contest against Concordia, scheduled for Saturday, was canceled, and Sul Ross State’s matchup with LeTourneau was postponed, the Crusaders’ winning percentage of .600 puts them ahead of both HSU and Sul Ross, who are at .500.

Thursday’s contest against McMurry is set for 5:30 p.m. CT at the Mayborn Campus Center.