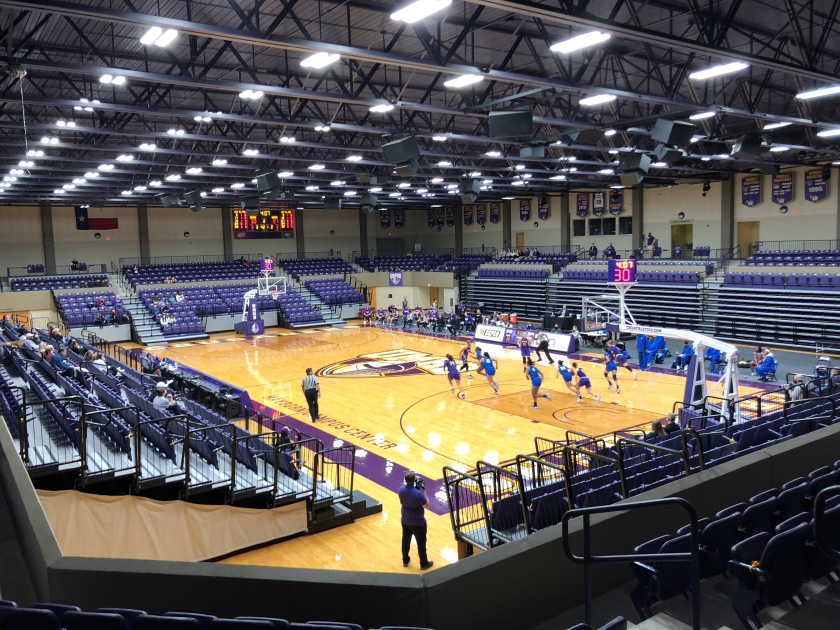 Conference play has finally arrived for the UMHB women’s basketball team, and will begin this Thursday in Richardson, Texas. The team has momentum coming off a huge exhibition win over North American University last weekend, and looks prepared with conference action ready to get underway. We caught up with head coach Mark Morefield, and previewed UMHB’s upcoming contests in this week’s “Coach’s Clipboard”.

On the unknowns of the future of the season and the NCAA Tournament: I think the one thing we’ve learned is to take it one week at a time. That is the best approach, because you don’t know what’s going to happen next week. We’ve really taken it in one week increments. Every week is a new opportunity to play, to practice. I know [taking it one week at a time] is an old cliche, but you sometimes talk to other coaches in your conference about other teams in conference [as you prepare], but this year the mindset that we have is ‘We’ll worry about that team when we get to that team’, because you just don’t know what’s going to happen.”

On how he has prepared his team this season: “Probably in years past, we’re doing a lot of preparation, and we’re still doing a lot of preparation, but I think the one thing is, we get caught up in the preparation and lose the focus of the team. I think our mindset this year is ‘Let’s continue to get better and do what we do. Let’s be prepared to play, understand what we want to do offensively and defensively for each game, but put more of a concentration on doing what we do.'”

On starting conference play against UT Dallas, which was recently upset by Howard Payne: “Listen you can’t look at what one game has done. You can’t look at the UTD-Howard Payne game, because, at the end of the day, we’re everyone’s big game. Everyone wants to beat Mary Hardin-Baylor. That’s just going to amplify itself even more. We can look at that [UTD-HPU] game and say, ‘Oh man, that’s a tough loss for them’. But on the same token, they’re going to be amped up, they’re going to be ready to play us.”

About the Opponent: UT Dallas

About the Opponent: Ozarks